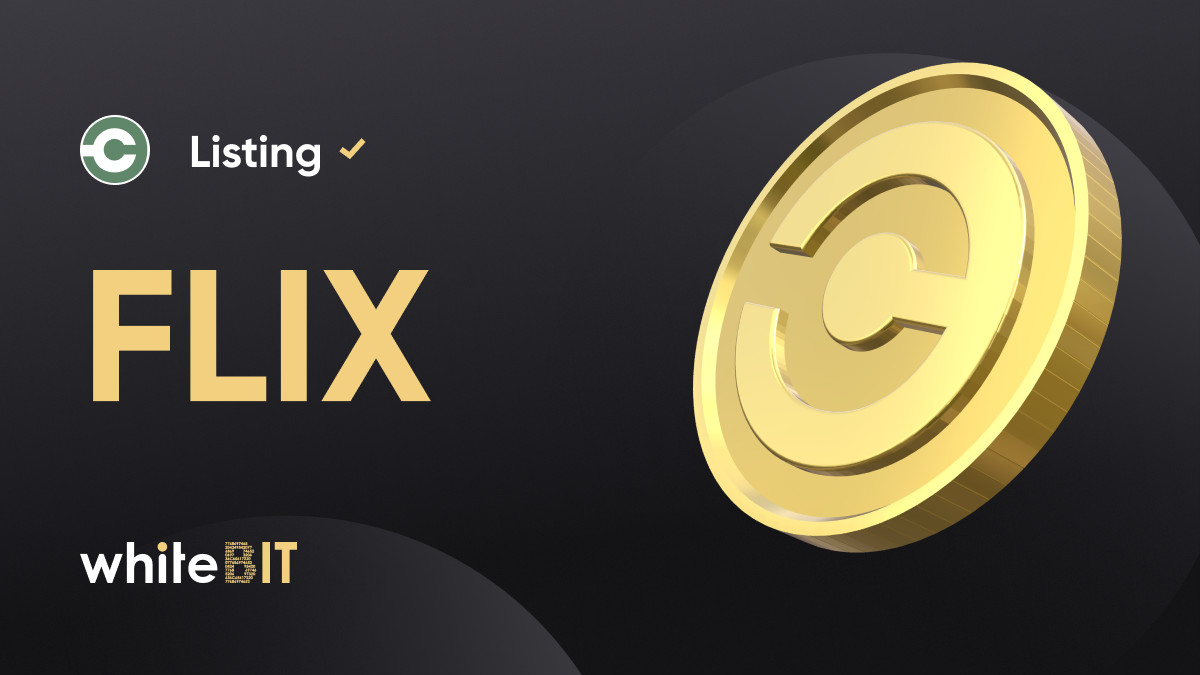 Hot UpdatesOur Story
Hot Updates, Our Story May 26, 2021 3113Views 0Likes 0Comments
We are finally happy to announce that as of May 26, 2021, the FLIX token is listed on Whitebit. You can now trade $FLIX with a listing price of $0.29222
FLIX is an ERC223-compliant utility token that is native to the Flix ecosystem. $FLIX is paired against $BTC, with two more pairs to be added soon.
The FLIX Token was originally deployed in 2018 for the CryptoFLIX project, which was an online movie and TV streaming platform for the large percentage of the world’s population, which does not have banking access and therefore is not able to use a credit card to access online content through any VOD platform.

The original project also contained a planned section of free and paid educational content for use in schools and by private individuals. Sadly, the market for utility tokens crashed shortly after the original ICO, leaving the CryptoFLIX team with very limited resources to proceed immediately.

Now that the trust in tokens is solid and the market for them has returned, we decided to resume the FLIX project. The project will be launched as an educational platform called FlixUcation, which will build on the original concept of free and paid educational content to users globally.

Trade on WhiteBIT with a 0% fee for 2 weeks:
https://whitebit.com/trade/FLIX_BTC
Tags: flix, news